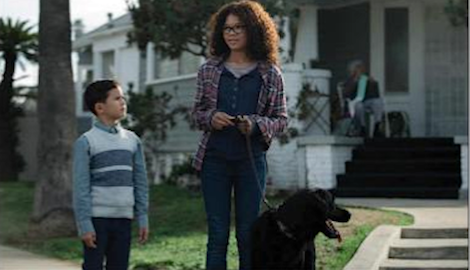 Regarding Fortinbras the dog in A Wrinkle In Time: I want some backstory. IMHO, he is a great character, one of the great dogs of literature. Heel, Toto. Move over, Lassie.

Fortinbras In A Wrinkle In Time

But about him little is known.

Madeleine L’Engle only tells us that Fortinbras arrived at the Murray’s.

“Arrived on their doorstep, a half-grown puppy, scrawny and abandoned, one winter night.” And that he is “part Llewellyn setter and part greyhound” which left me scratching my head having never seen a “Llewellyn setter.” Won’t someone please write a story about him?

How ripe is this for a first sentence of a canine tell-all: Fortinbras “had a slender, dark beauty that was all his own”? Swoon, right?

Wouldn’t you like to know the dog’s opinion of all the goings-on at the Murray’s? And if the leftovers of Mrs. Murray’s stew (made over the Bunsen burner, of course) are as delicious as I have imagined them to be?

In a Scholastic interview Madeline L’Engle was asked if she had been compared to C.S. Lewis. “I think that the main difference is that C. S. Lewis has more answers and I have more questions,” she responded.

Yes, more questions. I do have more questions. About Fortinbras. Where did he come from, #Booktwitter? Was his “arrival” from another dimension? Can he tesser? What does he make of Charles Wallace? And furthermore, does spending an hour searching Google for images of Llewellyn setters make me a weirdo?

Madeleine L’Engle wrote a children’s book called The Other Dog from the perspective of her own pet poodle. The family dog has an existential crisis when confronted with “an inferior breed” — the household’s new baby. “An impish, tongue-in-check memoir” wrote Publishers Weekly.

“Impish?” Who cares about impish? I was transfixed by the word “poodle.” L’Engle had had a poodle. Not a Llewewllyn setter mix! Imagine if Fortinbras had been a floofy, white, lamb-haired standard poodle? I just can’t.

Sign up to The Kids Are All Right to receive news and recommendations from the world of kit lit and middle grade Business Relationships.