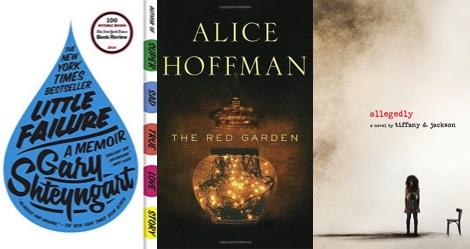 Little Failure: A Memoir by Gary Shteyngart for $1.99. Get it here, or just click on the cover image below.

The Red Garden by Alice Hoffman for $1.99. Get it here, or just click on the cover image below.

Allegedly by Tiffany D. Jackson for $1.99. Get it here, or just click on the cover image below.

East of Eden by John Steinbeck for $2.99. Get it here, or just click on the cover image below.

Magic Hour: A Novel by Kristin Hannah for $2.99. Get it here, or just click on the cover image below.

Sign up for our Book Deals newsletter and get up to 80% off books you actually want to read.