This is, to be sure, a tale of adventure – a non-fiction, first-person account of moving a massive amount of marijuana from Mexico into the United States. The suspense and excitement attendant upon that enterprise, the cunning manoeuvres and minute particulars of the smuggler’s trade as related by the author would be sufficient cause to recommend the book. But Weed is much more than that. It is equally a travelogue, with rich descriptions of the landscapes, towns, mountains and remote villages of Mexico, and a cultural commentary, both on Mexico and the United States. It is also a vivid portrayal of lives lived (in Robert Browning’s phrase) “on the dangerous edge of things,” lives pursued outside the law with all the implications and complications of that oblique stance. 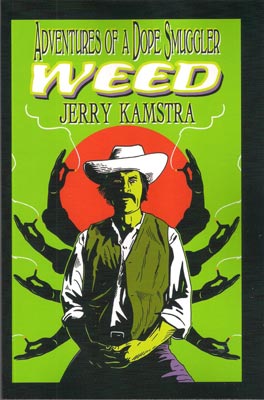 Jerry Kamstra is a novelist (author of The Frisco Kid and other Business Relationships) and knows how to structure and pace a story. Weed opens with a scene when the narrator is running the border at San Luis, Arizona with a load of 200 kilos of marijuana concealed in his car. At a U.S. customs checkpoint his contraband cargo is detected by the inspectors and to evade arrest, he sprints back into Mexico, where he is shot at by the Mexican border guards, apprehended by them and then immediately returned to the custody of the U.S. authorities. He is subsequently tried in a federal court, sentenced, and released on probation. Less than a year later – in violation of the terms of his probation – Kamstra decides to return to Mexico accompanied by his long-time smuggling partner (also a fugitive, actively sought by the FBI) in quest of the legendary marijuana fields of the Sierra Madre del Sur mountains. Ultimately, the two men reach the distant, fabled fields, purchasing there one ton of marijuana which they then arrange to import into the United States.

The events recounted in Weed take place in the mid 1960s – before, that is, the rise of large drug-trafficking cartels in Mexico – and the book was originally published by Harper & Row in 1974. Peer Amid Press has just issued this 45th Anniversary Edition, enhanced by an insightful introduction from the eloquent pen of Gerald Nicosia and a very useful condensed biography of the author written by the publisher, Daniel Yaryan. Also included in this handsome anniversary version of the book – together with the black-and-white photographs taken by Gene Anthony that appeared in the original edition – are a number of fine pen-and-ink illustrations by artist Mat Fitzsimmons and decorations and vignettes by Kamstra himself.

As narrator of his own rakish tale, Kamstra comes across as modest and honest, candid about his gaffes and anxieties. He has a keen eye and a lively mind, is observant of people and places, sensitive to moods and vibes, receptive and reflective, and well-informed on a range of topics and contexts related to what he calls “the marijuana industry.” His prose is by turns casual and lyrical, taut and digressive. The main narrative of the book is the journey undertaken by Kamstra and his Mexican-American partner Jesse deep into the mountains of Guerrero, their purchase there of a ton of quality marijuana and the complexities ensuing from their efforts to smuggle the load into the United States. The digressions are of several kinds – memories, explanations, anecdotes, analyses – usually pertinent to some immediate incident in the author’s unfolding account of his venture.

Kamstra makes a number of incisive comments on subjects such as the consumerist-materialist mania he sees afflicting postwar American culture, the psychology of American law enforcement officials, the futility and the foreseeable contradictory consequences of government programs to stop drug trafficking, Mexican machismo, sexual repression in Mexico, and the varieties of oppression – overt and subtle – both south and north of the Mexican border. He is clearly knowledgeable about proper procedures for the cultivation of the marijuana plant, the potency and effects of diverse strains of marijuana, and well acquainted with the mythology and mystique surrounding the drug. Some of the author’s most interesting observations concern the contrasting character and disposition of marijuana smugglers and marijuana dealers, and the differing mindsets and motivations to be found among the smugglers themselves, their varying goals and values. Kamstra is also a discerning observer of the nascent hippy phenomenon as it relates to Mexico and the marijuana trade, contrasting the hippies unfavourably to their predecessors the beats. (The hippies, in his experience, tend to be culturally insensitive and casually arrogant in their behaviour.)

Kamstra sketches lively portraits of the connections he makes in Mexico – the farmers and entrepreneurs, the jefes and peons – and provides fascinating details on the many dangers involved in purchasing and transporting marijuana, dangers that include soldiers, police, bandits and rival smugglers. Tactical problems arise constantly, careful reconnaissance must be made, contingency plans must be laid, security measures must be taken (including the hiring of pistoleros for protection) and incipient paranoia must be subdued. At the same time, vitally, continually, the invisible signs and signals must be heeded, and the subtle and elusive rhythm of an operation must be nurtured. 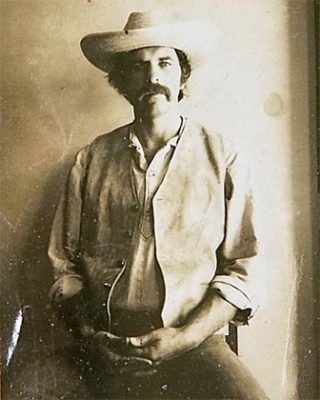 Though not uncritical of certain aspects of Mexican culture, Kamstra is never contemptuous or condescending in his views of the country and its inhabitants. Indeed, he feels a deep affinity with Mexico, is attracted by the landscapes, savours the food, and responds to the “sad, poignant, thunderous Mexico that exists behind the mountains, behind the silence, behind the stillness of the faces” of the Mexican people. His deepest esteem is for the Mexican poor, the Indians, the campesinos, or people of the fields. In their lives, in their communities, in their speech and gestures, he finds “honesty and grace and simple dignity,” and “a profound strength,” essential human qualities largely missing, he feels, from our technological culture.

Kamstra’s bold outlaw ethos, his stubborn independence and his rapport with humble people have much in common with a writer who could be viewed as a kind of literary forebearer, Henri de Montfreid (1879-1974) author of Adventures of a Red Sea Smuggler (1935). More immediate literary connections can be seen with the writers of the Beat Generation, particularly Jack Kerouac. But Jerry Kamstra is very much his own man and Weed is a very individual book. The author’s reflections on vanity, venality, fatality and integrity lend his personal adventure an enduring pertinence to the human adventure.

Gregory Stephenson grew up in Colorado and Arizona but has lived in Denmark for many years. He is the author of six books, including most recently: Pilgrims to Elsewhere (Eyecorner, 2013).